India's liability law will not be amended: Union Government 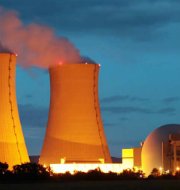 Union Government has notified that India’s Civil Liability Nuclear Damage (CLND) Act, 2010 or CLND rules will not be amended.
In this regard, a detailed paper titled ‘Frequently Asked Questions and Answers on Civil Liability for Nuclear Damage Act 2010 and related issues‘ was released by Ministry of External Affairs (MEA).
This paper says that the foreign suppliers of the reactors cannot be sued for damages by the victims of a nuclear accident.
However, the suppliers can be held liable by the operator, who has the right of recourse that could be operationalized through the contract between the operator and the supplier.
Governments decision comes after the understanding was reached with the US, during President Barack Obama’s recent visit.