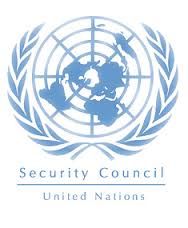 What is the eight-point action plan proposed by India?

Tunisia. Because Tunisia is the current President of the fifteen member UNSC body.

Who are the current 15 members of UNSC?

How are non-permanent member seats of the UNSC distributed?

There is an informal understanding between Asia and the African group to reserve one seat for an Arab country. The Africa and Asia Pacific group takes turn for every two years to put up an Arab candidate.

Does a non-permanent member enjoy voting rights at the decisions of the United Nations Security Council?