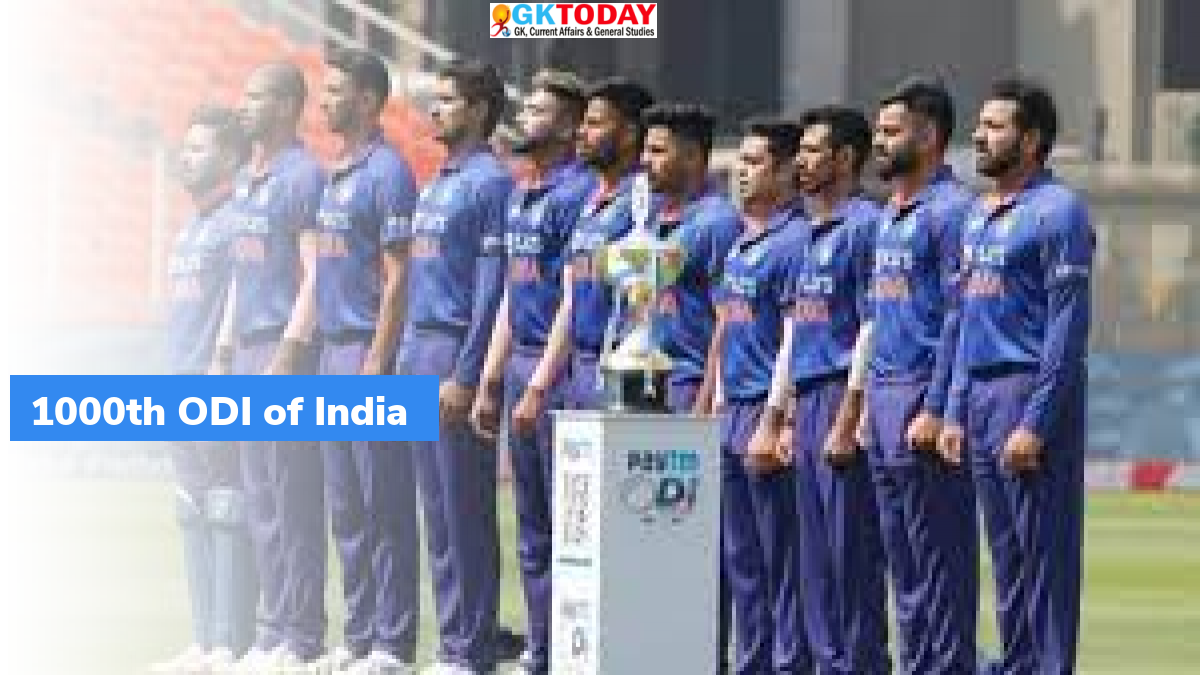 On February 6, 2022, India played its thousandth ODI match. ODI means One Day International. The match was played against West Indies. Indian team played the match under the captainship of Rohit Sharma. And India won the match.

About the thousandth match

Other countries with the record

The ODI matches are played among teams that are full time members of International Cricket Council. ODI is LIST – A cricket. List-A cricket is a type of cricket with limited number of overs. The other types of cricket are first class cricket and twenty20 cricket.

It was founded as the Imperial Cricket Conference in 1909. It was formed by the representatives from England, Australia and South Africa. It was renamed to ICC in 1987. The headquarters of ICC is located in Dubai, UAE. The test matches are not conducted by ICC. Also, it does not conduct the domestic matches held within the country. It does not conduct IPL. IPL is Indian Premier League. It is conducted by Board of Control for Cricket in India.

The Indian men’s cricket team is also called Men in Blue or Team India. It is governed by the Board of Control for Cricket in India. Currently Rahul Dravid is the coach of the Indian cricket team. India is a full time member of ICC since 1926. The team is ranked third in test series, fourth in ODI and second in T20.