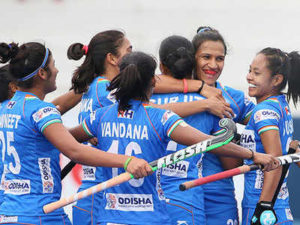 The World No.9 Indian women had put a hard fought win over the Asian champions.

In last minutes of match Gurjit, the top scorer of tournament, scored her second goal of match through a penalty corner to make it 3-1 and closed the victory for India.

Kanon Mori scored only goal for Japan in 11th minute.

By entering final of FIH Series Indian women’s team have already secured its place in final round of 2020 FIH Olympics qualifiers.

The event saw the participation of 24 teams (from 5 confederations) matches played were 52.

The venue was in 3 host cities- Hiroshima (Japan), Banbridge (Ireland) and Valencia (Spain).

The top two teams from each event qualified for 2019 FIH Olympic Qualifiers.