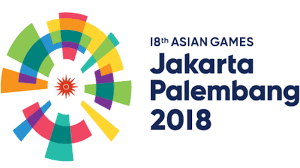 India won four bronze medals in Wushu sporting event (all in Sanda style) at Jakarta-Palembang 2018 Asian Games held in Indonesia. It was India’s best performance so far in Wushu in Asian Games as in Incheon games in 2014, India had won just two bronze medals.

Wushu is Chinese Kung-fu. It is martial art form that deals with exhibition and full-contact sport derived from traditional Chinese martial arts. It is different from other combat sports as it is a mix of kick-boxing and wrestling. It is made up of two disciplines, namely Taoulu (forms) and Sanda (sparring). Sanda comprises combative aspect of art-form, while Taoulu involves demonstration of the moves, acrobatic routines and techniques that that are implemented in Sanda. Wushu is international sport governed through International Wushu Federation (IWUF).