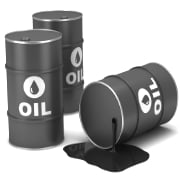 India and Venezuela have signed an oil production deals worth about 1.45 billion US dollar to increase oil production.
The agreement was signed between Oil and Natural Gas Corporation (ONGC), Venezeulas Petroleos de Venezuela SA (PDVSA), and Venezuela’s consortium Delta Finance BVin Caracas.
The Indo-Venezuelan partnership created in 2009 is expected to double the daily oil production of San Cristobal field from 20,000 to 40,000 barrels of oil.
Comment
The agreement comes amid a severe economic crisis in Venezuela. It is seen as a way to boost oil production, pay off debts, obtain funds from other foreign partners, and increase the country’s oil income.
Venezuelan crisis
Venezuela’s economy relies on oil exports and it accounts for half of the Venezuelan government’s revenues. Recently, it has been severely hit by a drastic fall in oil prices and resulted in the Venezuela’s economic crisis. The inflation rate in Venezuela is out of control leading to hyperinflation like condition resulting in shortages of goods and essential commodities. The inflation rate of Venezuela is highest in the world which is expected to reach 475% by the end of 2016.