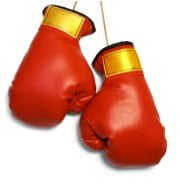 The National Sports Federation of India recently announced that it is host the Asian Boxing Championship by November-December 2020. The federation is positive about the virus to be wiped out by then.

The host city of the competition is to be finalised after things normalize. The host city is to be decided by the Boxing Federation of India.

The competition is a biennial event but was held in consecutive years in the past. Apart from this, the Olympic qualification programme is also likely to begin around November-December by the International Olympic Committee.

India hosted men’s Asia boxing championship in Mumbai in 1980. It hosted the women’s event in Hisar in 2003. Around five men and four women have been qualified for Tokyo Olympics from India so far.

BFI is the governing body for Olympic boxing in India. It represents India at the International Boxing Association.