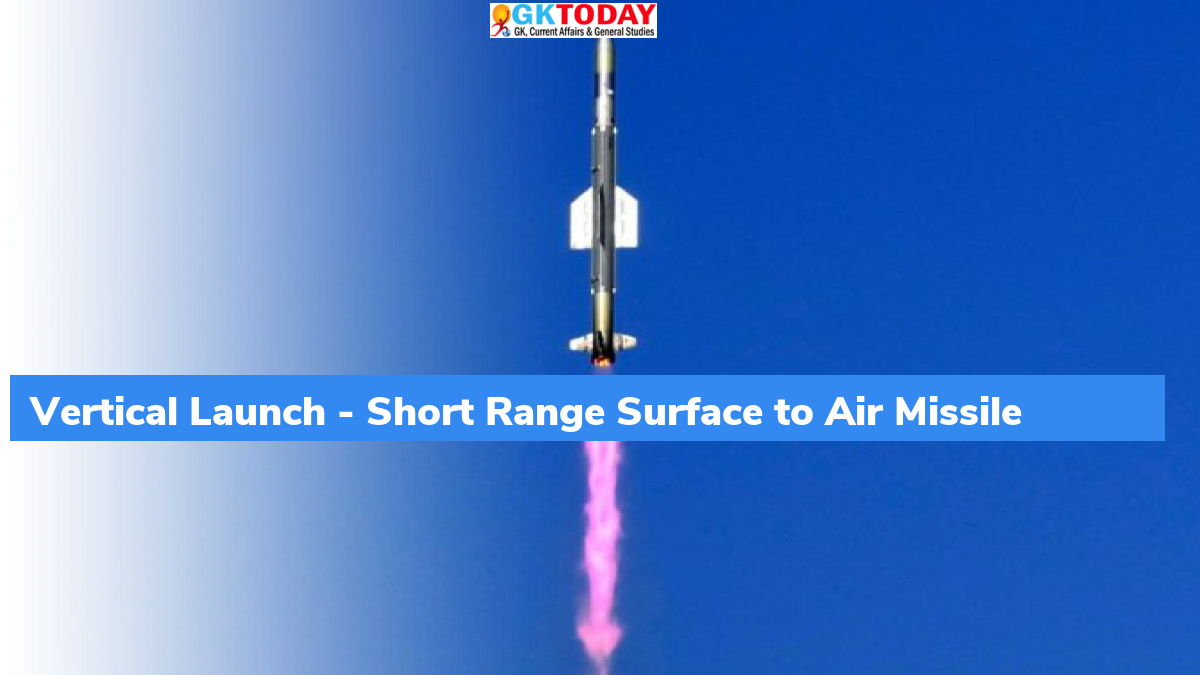 What was the purpose of this launch?

The launch of short-range surface-to-air missile was conducted in a bid to validate integrated operation of all weapon system components such as canisterised flight vehicle, vertical launcher unit with controller, weapon control system etc., which are needed for future launches from Indian naval ships.

The launch of this system will further boost the defence capability of Indian Naval Ships against aerial threats. It has also paved the way for integration of weapon systems onboard the Indian naval ships.

VL-SRSAM is a quick reaction surface-to-air missile, that has been developed by DRDO. It comprises of features like mid-course inertial guidance through fibre-optic gyroscope as well as active radar homing during terminal phase. Missile has the capability of ‘lock on before launch (LOBL)’ and lock on after launch (LOAL). As a result, it receives mid-course update via datalink. It seeks to replace “Barak 1 surface to air missile system” onboard Indian Navy warships.

Design of the missile

VL-SRSAM is based on “Astra Mark 1 air-to-air missile”, comprising of four short-span long-chord cruciform wings. It also has additional jet vane driven thrust vector control, which enables the quick reaction time on vertical launch. Each of the Vertical Launch System (VLS) can hold forty missiles in a twin quad-pack canister configuration. The missile has 360° interception capability. Thus, it can detect and engage threats from any directions.

DRDO had test fired two VL-SRSAM on 22 February 2021. It was the maiden launch, that tested the efficacy of vertical launch system as well as maximum & minimum range of the missile. DRDO conducted the second test on December 7, 2021, for validating integrated operation of all weapon system components.