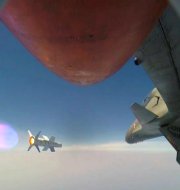 The Rudram missile can be launched from Sukhoi 30MKI fighter jets. It has speed of 2 mach. This is twice the speed of the sound. The weapon was developed by Defence research and development organisation. It was tested in the Balasore test range located off the coast of Odisha in Bay of Bengal.

The Missile can be launched from height of 500 metres. It can identify heat radiation emitting targets within the range of 250 kilometres. The missile launch was tracked by electro optical tracking system.

The Missile is equipped with a passive homing head. This head is responsible for tracking the sources of radiation of different frequencies. The Missile can be locked into a target before and after its launch.

The Rudram missile is comparable to the air to surface missile AGM, advanced anti-radiation guided missile. The AGM was inducted into the US Navy in 2017. It can relocate integrated air defence targets. This system is capable of hitting the enemy target even if they shut down the radar after missile launch.

The development of Rudram anti-radiation missiles began in 2012. It was then allocated with 317 crores of Rupees and was expected to be completed by 2017. In 2017 the first trial of the Missile was conducted. However, IAF was concerned about the higher weight and shorter range of the Missile as compared to that of the Western countries especially to those of Russian made radio frequency seekers. Thus, the previously developed Rudram was updated to the current Rudram 1.Rudram 1 weighs 140 kg.  DRDO is also planning to improve the software of the Missile in order to operate it in various conditions and on variety of targets.