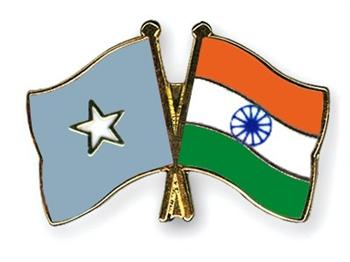 India and Somalia have signed an agreement for transfer of sentenced prisoners in each other’s country. The agreement was signed in New Delhi during the ongoing visit of the Somalia’s Foreign Minister to India.
During the visit, both countries discussed entire gamut of bilateral relations, including the issue of piracy and maritime security. They also discussed regional issues pertaining to developments in the Gulf region and India’s neighbourhood.
The agreement opens a new front for collaboration in anti-piracy operation in Eastern Africa as the incidents of piracy originating from Somalia have affected Indian interests in the Indian Ocean region near the Horn of Africa.

Somalia is situated near the Horn of Africa with the Gulf of Aden to its north. It is among the partner countries of India’s Pan African e-Network project. India-Somalia bilateral trade stood at $391.05 million in 2014-15, a more than 51% increase over the figure of $257.27 million in 2013-14.
Diplomatic contacts between India and Somalia have been infrequent, however, Somalia had participated in the 2015 India-Africa Forum Summit in New Delhi. Somalia plays important role in containing China’s presence in Indian Ocean region. China opened its first overseas military base in Djibouti. Somalia shares border with Djibouti on the west.
India also offers Indian Technical and Economic Cooperation (ITEC) training scholarships and Indian Council for Cultural Relations (ICCR) scholarships to Somalia. In recent years, India also has extended development assistance which included mini buses to the war-battered country.