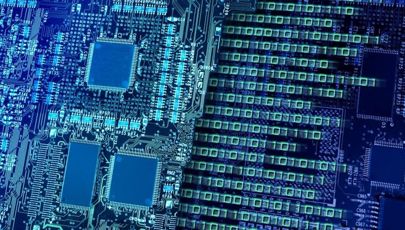 The Department of Science and Technology (DST) is planning to fund project to develop quantum computers in order to tap into the next big advance in computing technology.
In India, Physics departments at Indian Institute of Science, Bangalore, and Harish Chandra Research Institute, Allahabad, so far have only forayed into theoretical aspects of quantum computing. Experts from across country are expected to gather in Allahabad for a workshop to develop such computer.

Quantum computer is computer design which uses principles of quantum physics to increase computational power beyond attainable limits of traditional computer. It employs complex principles of quantum mechanics to store information in ‘qubits’ (quantum bit) instead of the typical binary ‘bits’ of 1 and 0.
Qubit is two-state quantum-mechanical system, such as the polarization of a single photon (either vertical polarization or horizontal polarization). Qubit allows for far greater flexibility than the binary system. It works faster because of way such circuits are designed and can do intensive number-crunching tasks much more efficiently than the fastest comparable computers.
For instance, quantum computer require 3.5 million fewer steps to sort billion numbers compared to traditional machine and it can find the solution in only 31,623 steps. Quantum Computing help in solving complex computing physics problems, which were earlier not possible on traditional computers.
Quantum computers have been built on small scale and work continues to upgrade them to more practical models. Internationally, Canada’s D-Wave Systems, is pioneer in developing quantum computers and has sold machines to Lockheed Martin and Google.