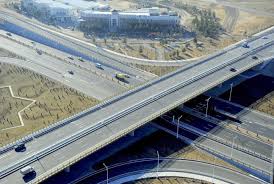 India has joined Ashgabat Agreement which envisages facilitation of transit and transportation of goods between Central Asia and the Persian Gulf to significantly boost up trade and investment. It was informed by Turkmenistan, as depository state of the Agreement that all its four founding members have consented to accession of India.

Ashgabat Agreement aims at establishment of International Transport and Transit Corridor between the Iran, Oman, Turkmenistan and Uzbekistan. It was signed in April 2011 and is named after  capital of Turkmenistan, Ashgabat. It establishes international transport and transit corridor between Central Asia and the Persian Gulf countries. Pakistan is also its member since October 2016.

Significance of accession to Agreement

India had deposited the Instrument of Accession with Turkmenistan in April 2016. Prior to it, the Union Cabinet had given its approval for India to accede to Ashgabat Agreement in March 2016.