India elected as President of Asia-Pacific Institute for Broadcasting Development 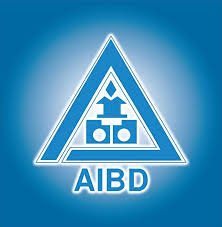 India was elected as President of the Asia-Pacific Institute for Broadcasting Development (AIBD) for period of two years. India got elected against Iran during voting which took place at 44th annual gathering of AIBD held in Colombo, Sri Lanka. Moreover, Director General of All India Radio (AIR) F. Sheheryar was also re-elected as chair of executive board of AIBD while Sri Lanka was elected as vice-chair. Broadcasters from 26 countries in the region including India are full members of the organization.

AIDB is regional inter-governmental organisation serving countries of United Nations Economic and Social Commission for Asia and the Pacific (UN-ESCAP) in field of electronic media development. It was established in 1977 under auspices of UNESCO. It is hosted by Government of Malaysia and its secretariat is located in Kuala Lumpur.
AIBD is mandated to achieve vibrant and cohesive electronic media environment in Asia-Pacific region through policy and resource development. Currently it has broadcasters from 26 full member countries, represented by 34 organisations and 67 Affiliate Members (organisations) and over 50 partners in Asia, Pacific, Europe, Africa, Arab States and North America.