India Bangladesh old rail links of 1965 prewar to be reopened 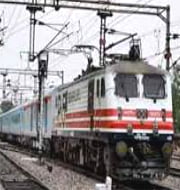 The Bangladesh PM Sheik Hasina announced that India Bangladesh rail links that were closed after 1965 war will be reopened. The announcement was made at the inaugural function of the first intercity train between Dhaka and Kurigam.

Rail Links between India and Bangladesh

Till 1965, the trains from Bangladesh to Darjeeling via Siliguri were operated. However, the services were stopped after the war in 1965. These tracks are to be revived jointly by both the governments.