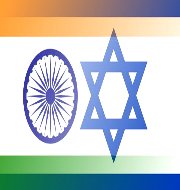 A cultural agreement has been signed between India and Israel with the aim of strengthening the strategic bilateral ties by the promotion of greater people-to-people exchanges. From the Indian side, Sanjeev Singla, India’s Ambassador to Israel, signed the agreement with the Foreign Minister of Israel, Gabi Ashkenazi. Earlier on that day, both countries signed an agreement in the field of water utility on the Indo-Israel Bundelkhand water project.

What is the significance of the cultural agreement?