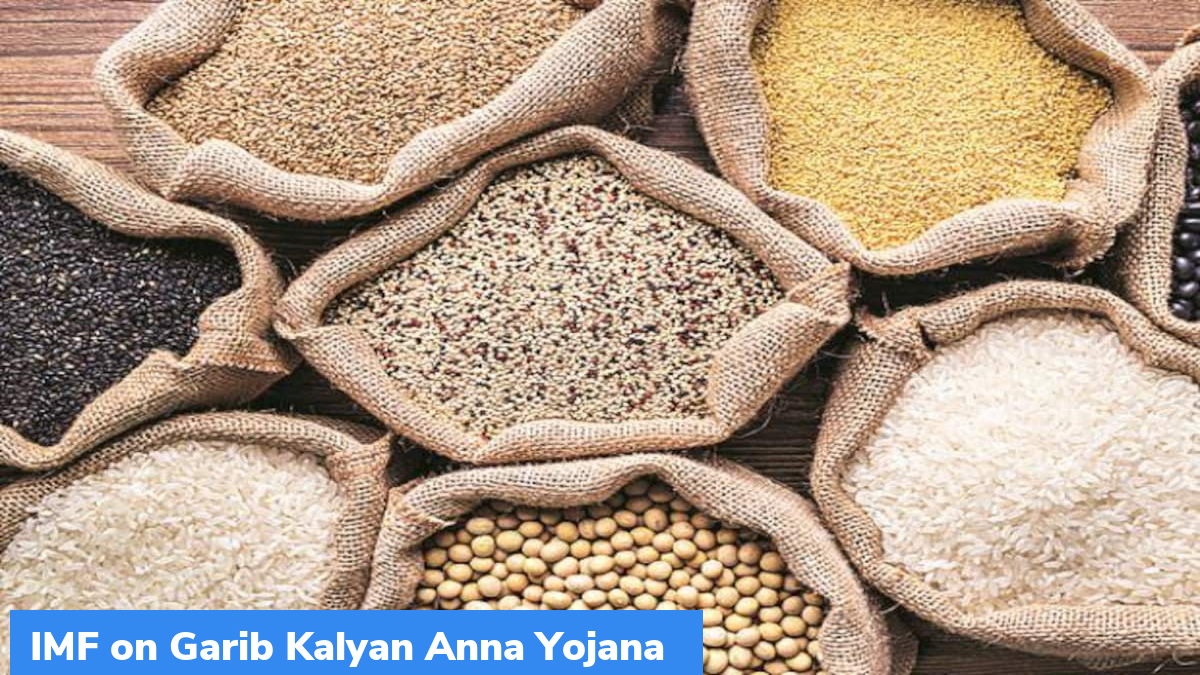 The International Monetary Fund (IMF) has praised India’s efforts for food distribution during the COVID-19 pandemic. They said that the nation averted extreme poverty rise during this period by providing food security through the government initiative Pradhan Mantri Garib Kalyan Anna Yojana (PMGKAY).

How did the scheme help in controlling the rise of extreme poverty?

As India’s food subsidy program was expanded instead of increasing cash transfers, the poor were provided free food as per their average monthly requirement. Doing so helped the nation to maintain extreme poverty at a low level of 0.8 percent. lf food subsidies were not provided during the pandemic, the extreme poverty in the country during this time period would have increased by 1.05 percent to 2.48 percent from 1.43 percent. The food transfers were critical in ensuring that the extreme poverty level remained low level.

This initiative was announced in March 2020 by the government during the COVID-19 pandemic to supply free food grains to the poor and the migrants. 5 kg of food grains per person per month were distributed by the government. Also, an additional supply of free-of-cost food grains to around 80 crore beneficiaries under the National Food Security Act (NFSA) was also announced. On 30th June 2020, the scheme was to be ended but the government extended it up to November 2020. Recently, this scheme has been extended till September 2022. A major part of the pandemic’s shock to the nations’ economy was absorbed by this scheme by providing food to the poor which prevented extreme poverty rise in India.