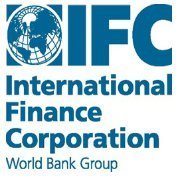 The International Finance Corporation (IFC), the investment arm of the World Bank has launched its first Uridashi Masala Bonds (Japanese bonds).
These masala bonds were launched to mobilise 30 crore rupees from Japanese retail investors and will be sold to Japanese household investors.
The proceeds from these bonds will be used for promoting private sector development in India. JP Morgan is the sole arranger of the bonds and Daisen Hinomaru Securities is its distributor.
What are masala bonds?