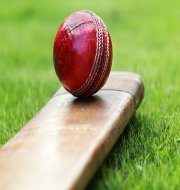 On May 2, 2020, the International Cricket Council (ICC) announced the ranking of cricket teams. According to the ranking, Australia ranked top and India ranked third.  New Zealand was ranked second in the ranking.

The points of the countries include Australia with 116 points, New Zealand earned 115 points and India had earned 114 points.

The biggest fall in the ranking was suffered by South Africa. It fell by 8 points and dropped below Sri Lanka at 6th. This was because, South Africa played three series in the period selected by ICC and had lost 8 tests. It had played a total of 9 test matches since February 2019. The matches were against Sri Lanka, India and England.

The ICC Ranking was introduced in 2003. India’s rank was behind Australia for a period of more than 74 months since its launch.

Australia for the first time has acquired top spot in T20 as well as in Test series. England had continued to lead in ODI men’s ranking.