Hindi Diwas is being observed across the country 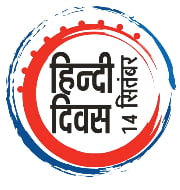 Hindi Diwas is being celebrated across the country today, September 14, 2020. The constituent assembly had adopted Hindi written in Devanagari as the official language of the country in 1949. Presently, Hindi is among the world most spoken languages. It is the first language of more than 520 million people across the world.

The constitution of India specifies two official languages namely Hindi and English. The business in Indian parliament is transacted in Hindi or in English. English is allowed for parliamentary proceedings, judiciary, communications between the Central Government and a State Government.

Can States specify their official language?

Yes, States have been given liberty and powers to specify their own official language through legislation.