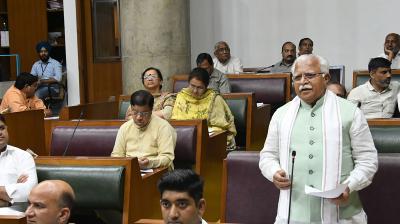 The Assembly of Haryana has passed the “Haryana Prevention of Unlawful Conversion of Religious Bill, 2022.” According to the government of Haryana, this Bill is aimed to prevent religious conversions through force.

Provisions under this bill

According to this Bill, if the conversion is done by force, allurement, or fraudulent methods then the person responsible for such acts can be imprisoned for one to five years and a minimum fine of Rs 1 lakh will be made applicable.

The Bill states that whoever attempts to convert a woman, a minor, or a person from the Scheduled Tribes or Scheduled Castes, will be handed out a punishment that includes imprisonment for a term period of a minimum of four years and that can extend to 10 years. The person will also be liable to pay a fine of minimum Rs 3 lakh.