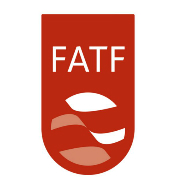 The lower house of the Parliament of Pakistan unanimously passed four bills related to the tough conditions set by the global money laundering and terrorist financing watchdog FATF. Earlier,  two such bills were passed in July and another one was passed in the first week of August.

How significant for Pakistan?

Now Pakistan is looking forward to changing its place from grey list to the white list. To make it possible they are fighting tooth and nail.

Initiatives taken by Pakistan so far

What are the obstacles faced by a Grey listed country?

It is difficult for a Grey listed country to sanction financial aid from the World Bank, IMF, ADB, and the European Union. Which eventually causes the financial downfall of a country.

Paris based Financial Action Task Force is an intergovernmental organization, which was founded in 1989 with the objective of developing policies to combat money laundering that also includes terror financing.