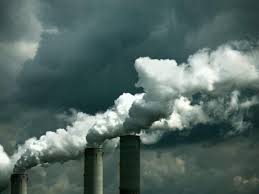 According to the recent report released on Tuesday, 21st January 2020, by the environmental non-governmental organization, Greenpeace’s India branch, Jharia, a city in Jharkhand is the most polluted city in India, which is followed by Dhanbad of the same state. Greenpeace was founded in 1971 in Vancouver, Canada and is headquartered in the capital city of Netherlands, Amsterdam. In India, the organization’s headquarter is in Bengaluru. Delhi has been ranked as the 10th most polluted city making an improvement of 2 places from the previous year’s ranking.

The report also revealed that six of the country’s ten most polluted cities are in the state of Uttar Pradesh (Noida, Bareilly, Ghaziabad, Allahabad, Firozabad, and Moradabad). Lunglei city of Mizoram is the least polluted city and it is the only city with Particulate matter (PM) levels under the World Health Organisation’s (WHO) prescribed level. Greenpeace India has used data from the Central Pollution Control Board and analysis of particulate matter (PM) data of 287 cities, to rank the most polluted cities in India.