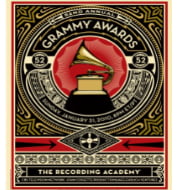 The 63rd Grammy Awards, 2021 were organised in the Los Angeles in a socially distanced manner amid the covid-19 pandemic on March 14, 2021.

The award ceremony witnessed the first-ever Grammys conferred to Meghan Thee Stallion and Harry Styles. However, the K-pop group could not win the Grammy this year which turned disappointing For BTS fans. During the ceremony, Dynamite band gave a performance from Seoul on Grammy-nominated number. In the award show, Beyonce recorded a history because she became the only female artist to win 28 Grammy awards ever. Also, she got the greatest number of nomination (Nine) this year. The “Single Ladies” star was conferred for Savage (with Meghan Thee STallion) and Black Parade.

The Record of the year was conferred to Everything I Wanted by Billie Eilish while the Album by Taylor Swift called ‘Folklore’ was conferred for ‘Album of the year’.  Song of the year was awarded to “I Can’t Breathe” by Dernst Emile II, H.E.R. and Tiara Thomas. On the other hand, Best pop solo performance was given to “Watermelon” by Harry Styles. “Rain on Me” by Lady Gaga and Ariana Grande was awarded for Best pop duo/group performance.

The award is presented by the Recording Academy. It recognizes the achievements across the music industry. The trophy of the award depicts a gilded gramophone. Annual presentation ceremony is featured by the performances of prominent artists and presentation of the popular awards Grammys are considered as the first and biggest award of Big Three networks’ major music awards which is held annually. It is one among the four major annual American entertainment awards. The three other award includes Academy Awards (film), Tony Awards (theater and Broadway) and Emmy Awards (television).