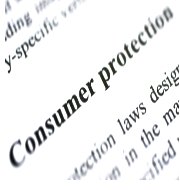 The Consumer Affairs Ministry has come out with a comprehensive set of draft guidelines on advertising.  The guideline says, disclaimers in small font and which are not factual will be treated as misleading ads. The code has been drafted by the Central Consumer Protection Authority (CCPA) under the Consumer Protection Act, 2019. It is aimed at curbing unfair trade. It holds manufacturers, service providers, and advertising agencies accountable for any misleading claims.

It is a law to protect the interests of the consumers.  It saves the rights of consumers by establishing authorities for timely and effective administration and settlement of disputes.