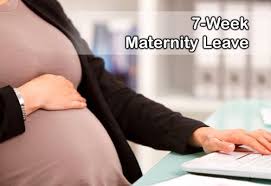 Union Ministry of Women and Child Development (WCD) has announced that government will pay employers salaries for first seven of 26 weeks of maternity leave for women earning more than Rs 15,000 month.
The announcement comes in wake of complaints that many companies were reluctant to hire pregnant women after maternity leave was extended from 12 to 26 weeks and some were even firing women employees. The decision covers both the government as well as private sector. This decision was taken after WCD Ministry had talks with Union Labour Ministry that 7 of 26 weeks of maternity leave for all women employees in private and government sector getting more than Rs 15,000 a month will be paid from that fund. For paying employers, Government has decided to utilise funds lying in labour welfare cess with governments to pay employers.