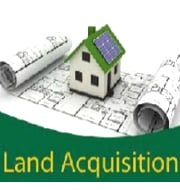 Union Government has issued an executive order to include 13 Central Acts under the purview of Right to Fair Compensation and Transparency in Land Acquisition, Rehabilitation and Resettlement (RFCTLARR) Act , 2013.
This inclusion will extend benefits related to determination of compensation, resettlement and rehabilitation to all cases related to land acquisition under the 13 central acts which were earlier kept out in the RFCTLARR Act, 2013.
The order issued removes difficulties clause (Section 113) in the Land Acquisition Act 2013 which earlier had exempted 13 central acts.
They are