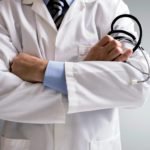 The Ministry of Statistics and Programme Implementation recently released a report titled “Health in India”. The main objective of the report was to gather quantitative information on India’s health sector.

The report highlighted on health of religious communities in the country.

Among all the religions, the Zoroastrians were the most susceptible to ailments. According to the National Sample Survey that was released in July 2020, around 31.1% of Zoroastrians reported that they suffered from ailments. The percentage of people sick in other communities were as follows

The survey defines ailment as a deviation faced by the person in his or her physical well being.

The report has been prepared based on the information provided by the NSS Schedule 25.0 (Household Consumption: Health). The data was collected through a sample survey. It surveyed 1.13 households including 5.55 lakh people.

Significance of religion in health

The relation between health and religion is highly important. This is because, religious practices help reduce the likelihood of certain diseases. Also, studies suggest that the religious practices mainly guard against blood pressure and helps to increase the immune system of human body.