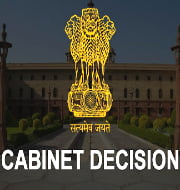 On April 22, 2020, the Government of India brought in ordinance to end violence against doctors and health care workers.

According to the ordinance, persons attacking health personnel are to be sentenced to jail for 6 months to 7 years. In non-serious cases, the workers are liable to pay penalty of Rs 50,000 and in serious cases between Rs 2 lakhs and 5 lakhs.

In order to achieve this the ordinance will make amendment to the Epidemic Disease Act, 1897. Also, the GoI has made the Epidemic Act a concurrent act. This allows the state governments to take actions as well.

The Indian Medical Association had declared April 23, 2020 as black day to protest against attacks on health care professionals, workers, staffs and doctors all over the country. It demanded the central government to punish those causing violence. However, the protest was withdrawn by the association after the cabinet approved ordinance to take strict actions against persons causing the violence.