GM mustard DMH-11 trials may get nod for field-trials 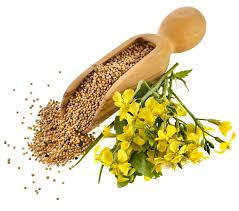 CGMCP had earlier applied to grow transgenic mustard (DMH-11) in plots in Delhi and Punjab to test plant’s effects on honeybees after GEAC had initially cleared GM crop for commercial cultivation. But later GEAC had backtracked and demanded more tests of transgenic mustard and asked for additional data on honeybees and other pollinators and on soil microbial diversity after some members objected to use of unapproved pesticides/herbicides including banned Endosulfan in project proposal. Some members also had voiced objections over lack of time to examine field safety protocol which specifies what measures can be undertaken in case of pest attack.

GEAC is apex body under Environment Ministry for regulating manufacturing, use, import, export and storage of hazardous micro-organisms or genetically engineered organisms (GMOs) and cells in the country. It is also responsible for giving technical approval of proposals relating to release of GMOs and products including experimental field trials.