The index is based on more than 80 indicators exploring a broad vision of innovation, including political environment, education, infrastructure and business sophistication. 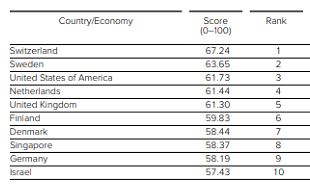 Observations made in the Report

It was for the first time that the GII has been launched in Asia or in an emerging economy.