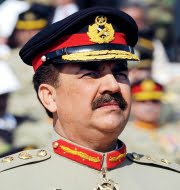 Pakistan’s former Army chief Gen. Raheel Sharif (retired) was appointed head of Islamic Military Alliance to Fight Terrorism (IMAFT), a Saudi Arabia-led military coalition of 39 nations.
The appointment was confirmed by Pakistan’s Defence Minister Khawaja Muhammad Asif as both the government and the Army allowed Gen. Sharif take charge of the alliance. Raheel had retired as the Pakistan army chief in November 2016 and was succeeded by General Qamar Javed Bajwa.

What is Islamic Military Alliance to Fight Terrorism (IMAFT)?

What is Pakistan’s position on IMAFT?

Pakistan initially had taken aback for being part of IMAFT, after Saudi Arabia had announced Pakistan also part of the alliance. However, Pakistan later confirmed its participation in the alliance but has not committed itself to providing troops for any possible military operations.