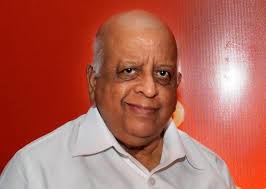 Tirunellai Narayana Iyer Seshan, the man behind several electoral reforms passed away due to a cardiac arrest. He was 87 years old and was not well for the past couple of years. He was the 10th Chief Election Commissioner (CEC). He served between 1990 and 1996

TN Seshan was a 1955 batch retired IAS officer of Tamil Nadu cadre. He was born in Palakkad district of Kerala. Before becoming a CEC, he served around 18 cabinet secretaries. He has also won the Ramon Magsaysay Award for his services in 1986. The award is considered as Asia’s Nobel Prize.

In 1997, he unsuccessfully contested the Presidential Elections against KR Narayanan.