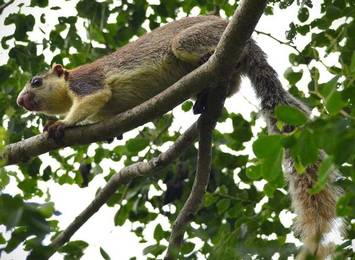 For the first time more than 300 nests of Grizzled Giant Squirrel were sighted by researchers at Pakkamalai Reserve Forests near Gingee (in Eastern Ghats) in Tamil Nadu.