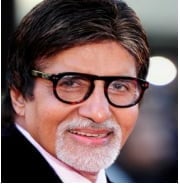 The International Federation of Film Archives (FIAF) and worldwide organisation of film archives and museums from across the globe will confer the prestigious 2021 FIAF Award to Amitabh Bachchan at a virtual showcase on March 19, 2021.

The 78-year-old actor was nominated for the award by the FIAF affiliate Film Heritage Foundation which is a not-for-profit organisation founded by Shivendra Singh Dungarpur a filmmaker & archivist. This foundation is dedicated to preserve, restore, document, exhibit and study the film heritage of India. The award will be given to him by filmmakers Martin Scorsese and Christopher Nolan. Both are the previous recipients of the award. Amitabh Bachchan will be honoured for his dedication and contribution to the preservation of the film heritage.

FIAF was founded in the year 1938 in Paris by Cinematheque Francaise and by Museum of Modern Art in New York City. It brings together the leading institutions working in the field of moving picture heritage across the world. Its affiliates describe those institutions as “defenders of the twentieth century’s own art form”. FIAF are dedicated to collect, rescue, preserve and screen the moving images which are valued as works of art & culture as well as a historical document. It comprises of 172 film heritage institutions in 80 countries as of November 2020.

FIAF award celebrates the personality who is external to FIAF archival community. It honours those personalities whose experience with respect to the cinema comply with the objectives and goals of the Federation. This award was created in the year 2001.