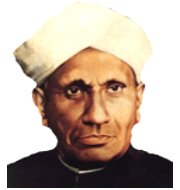 The National Science Day was first designated in 1986 and was first celebrated in 1987. Sir C V Raman announced his discovery on this day. He was later awarded the Nobel Prize for this discovery in 1930.

The Effect states about scattering of light. When a beam of light comes out of a liquid, the light wave scattered in a direction is different from that of the incoming light wave.