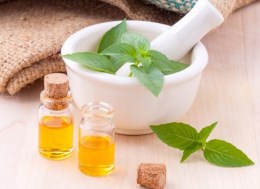 Every year, on February 11, the birth Anniversary of Hakim Ajmal Khan is celebrated as World Unani Day. He was an Indian Unani Physician and a social reformer. The main aim of the World Unani Day os to spread awareness about Unani medical system, its preventive and curative philosophies.

The AYUSH Ministry organized a function to commemorate the day and it was attended by Defence Minister Rajnath Singh.

The Unani Medicinal system originated in Greece. Later the Arabs saved much of the Greek Unani Literature and rendered it into Arabic.

He was born on 11 February, 1868. He was one of the founders of Jamia Millia Islamia. He also founded Ayurvedic and Unani college called the Tibbia College in Delhi. He was a descendant of one of the line of physicians who came to India during reign of Mughal Emperor Babar. These physicians were called the Rais of Delhi.

Grandfather of Hakim Ajmal Khan was Hakim Sharif Khan and he was a physician to Mughal Emperor Shah Alam.