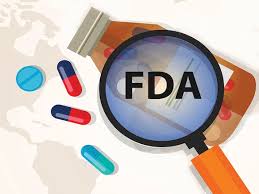 The US Food and Drug Administration has been on the look out for genotoxic compounds contamination in some drugs used for dealing with diabetes. The FDA had found instances of genotoxin contamination in drugs like Zantac. Genotoxic compounds are those that cause genetic mutation and eventually result in cancer. The genotoxic compounds can cause direct or indirect impact on DNA. The effects manifest only when consumed above a certain threshold. Nitrosamine is a common family of genotoxic compounds. Zantac, a ranitidine and angiotensin II receptor blockers (ARBs), was found to contain a type of nitrosamine called N-Nitrosodimethylamine or NDMA. 96 nanogram is the threshold limit set by FDA for NDMA. The FDA reported that intake of NDMA below or at this limit for 7 decades will not cause cancer. Another drug being investigated by the drug quality watchdog is Metformin which is a prescription drug for diabetes type II.