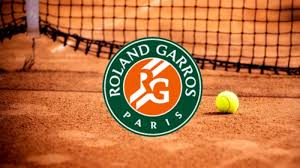 The 2019 French Open was the 123rd edition of a Grand Slam tennis tournament. It was held from 26 May to 9 June 2019, at Stade Roland Garros in Paris, France. It is played on outdoor clay courts. The tournament comprises of singles, doubles and mixed doubles play matches.

Ashleigh Barty of Australia knocked off Marketa Vondrousova of Czech Republic in final with 6-1, 6-3 to win her 1st Women’s Singles title at French Open tennis 2019.