What is Facebook’s Cryptocurrency ‘Libra’? 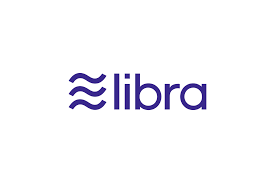 After months of speculations and rumours, Facebook has officially announced the details of its new global cryptocurrency called Libra. This Facebook owned cryptocurrency Libra will be launched by social media giant in 2020.

The name Libra is a Roman unit of weight measure. Name is also tries to invoke a sense of financial freedom by using French stem “Lib,” which means free.

Libra: It will let its user to send or receive money and buy things at nearly zero fees. Users can pseudonymously buy/cash out their Libra online or even at local exchange points (ex- grocery stores), and can spend it using interoperable 3rd-party wallet apps or Facebook’s own Calibra wallet.

Objective: The mission behind launching Libra is to enable simple global currency and financial infrastructure to empower billions of people.

Subsidiary Company: Facebook is also launching its Subsidiary Co. called Calibra that will handle its crypto dealings. The Calibra will not share any information with its Parent company Facebook (i.e. will never mingle users Libra payments with your Facebook data) so as to protects users’ privacy so it can’t be used for ad targeting.

Digital Wallet: This new digital currency will be made available through a digital wallet Calibra that will be available in Facebook Messenger, WhatsApp,(both owned by Facebook) and also as a standalone app. It is expected to be launch in 2020.

The Libra Association: To spur the adoption of cryptocurrency, Facebook recruited founding members of Libra Association, a not-for-profit organization which oversees development of token, reserve of real-world assets that gives it value and governance rules of blockchain. Libra Association, the crypto’s new oligarchy is based in Geneva, (Switzerland) and will meet biannually.

Companies’ part of this association include: Uber, PayU, PayPal, Spotify, ebay, Lyft, Visa, Vodafone etc.  They will promote open-sourced Libra Blockchain and sign up businesses to accept Libra for payment  and will also give customers discounts or rewards.

The Libra currency: A Libra is a unit of Libra cryptocurrency which is represented by ≋ (a three wavy horizontal line). The Libra value is meant to stay largely stable, so that it stays a good medium of exchange, and merchants can also have confidence that they won’t be paid a Libra today that’s then worth less tomorrow.

Libra- A Stablecoin: Libra’s value is attached to a basket of bank deposits and short-term government securities for stable international currencies, such as dollar ($), pound, euro, Swiss franc and Japanese yen.

The Libra Association manages reserved that keep value of libra stable. It maintains basket of assets and can also change balance of its composition if necessary to offset major price fluctuations in any one foreign currency so as to keep value of a Libra consistent.

Libra Blockchain: Libra is maintained by nodes which are servers that help operate blockchain. Every Libra payment is permanently inscribed into Libra Blockchain which is a cryptographically authenticated database that acts as public online ledger and designed in a way to handle 1000 transactions/second. It would faster than other cryptocurrency, Bitcoin’s7 transactions/second or Ethereum’s 15 transactions/second.  The founding members of Libra Association (each invested $10 million or more for say in Libra’s governance) will constantly verify blockchain and will have the ability to operate a validator node.

Other Cryptocurrency: Existing cryptocurrencies such as Bitcoin and Ethereum were not properly engineered to scale to be a medium of exchange which made their unanchored price susceptible to huge and unpredictable swings further making it tough for merchants to accept as payment. But with Facebook’s deep relation with 7 million advertisers and 90 million small businesses and its user experience prowess, it is well-poised to tackle this problem.