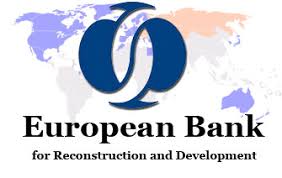 The shareholders of European Bank for Reconstruction and Development (EBRD) have given their nod to India’s candidature to international financial institution. With this, India will become the 69th member of EBRD.
The move follows Indian Government’s application to seek membership of EBRD back in December 2017. It will set stage increase in joint investment with Indian companies in EBRD’s regions of operation.

The EBRD’s Board of Governors, which represents all existing shareholders of the international financial institution, had voted in favour of India’s membership application. With shareholders’ approval, the formal membership process will now get underway, which includes purchase of shares by India at estimated cost of around 1 million euros.

EBRD is a multilateral developmental investment bank. It was established in 1991 after fall of the Berlin wall to promote private and entrepreneurial initiative in emerging Europe. It is headquartered in London, United Kingdom. It was initially focused to help former Communist states build their economies after Cold War and then expanded to support development in more than 30 countries from central Europe to central Asia.
It invests in 38 emerging economies across three continents with predefined set of criteria that aim to make its countries more competitive, better governed, greener, more inclusive, more resilient and more integrated. It works only in countries that are committed to democratic principles, using investment as tool to build market economies.