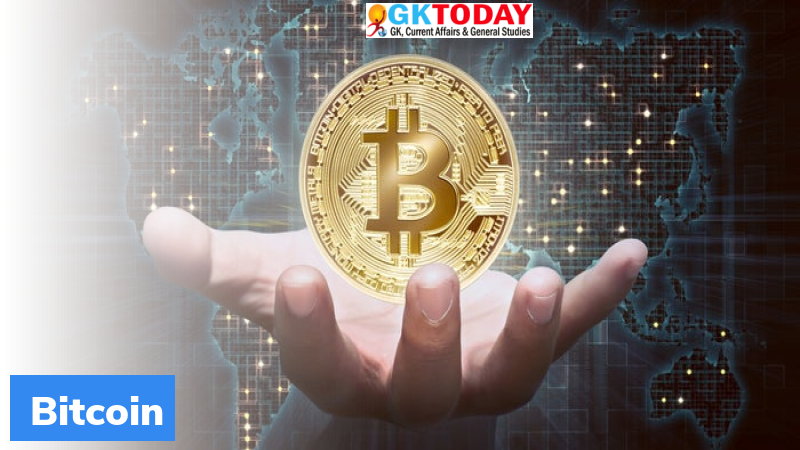 El Salvador has become the first country to formally adopt bitcoin as legal tender.  Proposal to legalise cryptocurrency was put forward by President Nayib Bukele which was later approved by Congress.

According to World Bank data, remittances from bitcoin to the country accounts for $6 billion in 2019. It is around a fifth of GDP & a highest ratio across the world.

A digital asset which works as a medium of exchange wherein individual coin ownership records are stored in the form of a computerized database. A strong cryptography is used to secure transaction records, to control creation of additional coins and to verify transfer of ownership of coin. It does not exist in physical form and not issued by central authority. It is however considered as centralized, when it is minted or issued by a single issuer.  Bitcoin is the first decentralized cryptocurrency which was released in 2009.

It is decentralized digital currency which lacks central bank or single administrator. It is sent from user to user on peer-to-peer bitcoin network. It does not need any intermediaries.