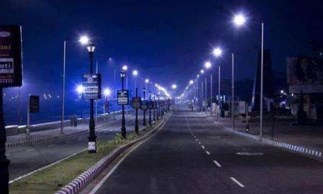 The EESL (Energy Efficiency Services Limited) recently celebrated its 10 years of successful operation. The Company adopted the policy of making India Energy Efficiency a year back. It has successfully completed its one year of energy efficiency policy.

In the last one year, the company has installed more than 10 lakh smart meters all over India under the Smart Meter National Programme. The company has replaced more than 10.6 million street light bulbs with LED lights. This helped to reduce 20 million tonnes of Carbon-Dioxide. Low cost LED bulbs were distributed through Unnat Jyoti Programme (UJALA). Today, UJALA is the largest domestic lighting project in the world.

EESL is the largest energy service company in the world. Apart from Indian projects, the company has also taken up transformation in foreign countries such as UK, south Asia, Middle East and South-East Asia.

In the future, the company is to commission 100 MW of decentralized solar power plants.