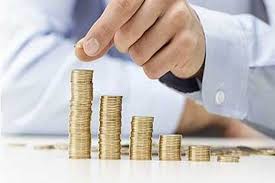 The Heritage Foundation, a US Conservative think-tank, recently launched the “Economic Freedom Index”. In the index, Singapore has topped the global ranking for the second consecutive year. The index was prepared by covering 184 countries this time for the period of July 2019 to June 2020.

The overall score of the Singapore was increased by 0.3 points to 89.7. The score was increased primarily because of the improvement in score for the government spending. The score obtained by Singapore is well-above the regional and the world averages. Hongkong was not considered to prepare this year’s index for the first time which has topped the list for 25 years out of 26 years before this year’s index. Hong Kong was kept outside, because, the Special Administrative Region & the economic policies of the country now come under the direct control of Beijing.

It is an annual index and ranking. It was created in the year 1995 by the conservative think-tank called The Heritage Foundation and The Wall Street Journal. This index measures the degree of economic freedom among the world’s nations. This index is inspired by Adam Smith’s approach in The Wealth of Nations which states that the “basic institutions which protect the liberty of individuals to pursue their economic interests, in turn, result into the greater prosperity for bigger society”.