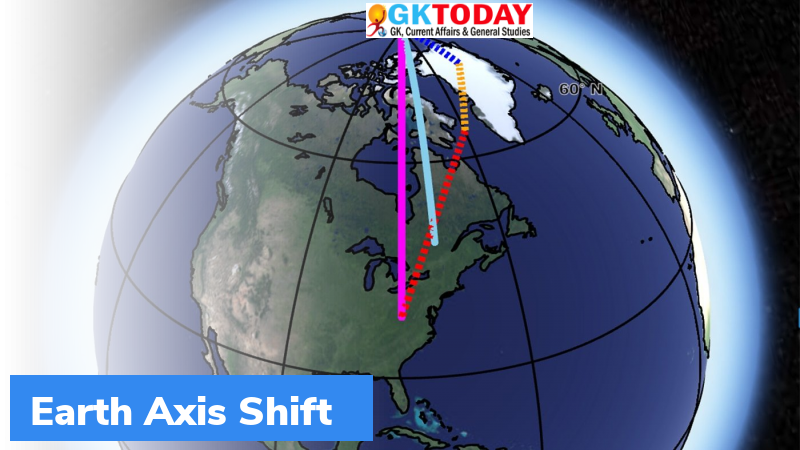 A recent study conducted by the American Geophysical Union has found that the melting glaciers have been increasing the shift of earth axis.

What is Earth Axis Shift?

The rotational axis of the earth is the axis around which it rotates as it revolves around the sun. The axis virtually is a line connecting the north and south poles of the earth. The location of these poles is not fixed as they tend to shift based on several factors. In the last 20 million years, the patterns of the pole has changed (or reversed) in every 200,000 years to 300,000 years.

The pole shifting has resulted in the migration of north pole towards Russia. This is also referred to as “Polar Wander”.

Movement of the Magnetic poles

The magnetic pole was in the Canadian Arctic in the end of twentieth century. It then moved ten degrees moving towards the true north pole. In 2001, the movement began to accelerate. In 2019, it had crossed the International Date Line. This is the fastest movement of the poles in human history.

Explanation by the New Study