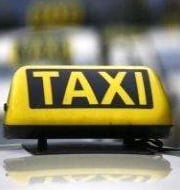 The country’s first electric taxi trial in the country would be launched in Nagpur from May 24. The first project of its kind will be undertaken by Nagpur Municipal Corporation. Mahindra and Mahindra is set to provide 200 taxis for the initiative.

Government strives to address tackle increasing pollution in the country by unveiling various schemes. Electric car taxi is one of the ambitious projects and forms as a part of its UNDP millennium goals to tackle pollution. The government is also set to unveil Rs 5,763-crore Eastern Peripheral Expressway project to decongest Delhi. After its completion, the road will become India’s first 135 km green road to be lit entirely by solar panels with advanced traffic system. The expressway will pass through Sonipat, Baghpat, Ghaziabad, Gautam Budh Nagar, Faridabad and Palwal in Haryana and Uttar Pradesh.