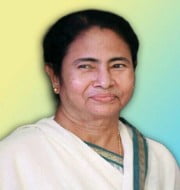 In simple words, the people of Bengal can avail the benefits of different Government schemes through the camps being set up under the programme. The flagship schemes included under the program are Kanyashree, Sikshashree and Khadya Sathi. It also includes other schemes such as Rupashree, Taposili Bondhu, Akhyashree and MGNREGS.

What are the schemes included in Duare Sarkar Campaign?

Apart from these schemes, the campaign will also focus on schemes related to pensions, widow, persons with disabilities.

The camps being set up under the programme will deliver the benefits of different government schemes and services. The Standard of Operating procedure for the programme was prepared by the West Bengal Government. The camp is to be held in four phases. The experience of one phase is to be used to deliver the services in the subsequent phases.