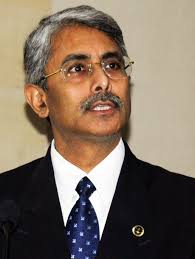 Mumbai-based eminent neurosurgeon Dr B.K. Misra was named for prestigious Dr B.C. Roy National Award for year 2018 as Eminent Medical Person of the Year. It is highest medical honour of India and will be bestowed upon him by President Ram Nath Kovind in July 1 , 2019 on the occasion of National Doctors Day.

Misra is the Head of Department of Surgery as well as Neurosurgery and Gamma Knife Radiosurgery at Mumbai’s P.D. Hinduja Hospital. During his medical career, he has several firsts to his credit, including image guided aneurysm microsurgery, first doctor in South Asia to perform gamma knife radiosurgery and first in country to perform awake craniotomy for brain tumours.

BC Roy Award is the highest recognition for medical practitioners in India. It was instituted by Medical Council of India (MCI) in 1976 in memory of renowned physician and former West Bengal Chief Minister Dr Bidhan Chandra Roy. The award is bestowed annually six categories viz. statesmanship of the Highest Order in India, eminent medical person, medical man-cum-statesman, eminent person in philosophy, eminent person in arts and eminent person in Science.

Bidhan Roy was was physician, educationist, philanthropist, freedom fighter and politician.  He had served as the Chief Minister of West Bengal from 1948 until his death in 1962. He is often considered founder of modern West Bengal due to his key role in founding of several institutions and five eminent cities, Durgapur, Kalyani, Bidhannagar, Ashokenagar and Habra in West Bengal.
He is one of the few people in history to have obtained F.R.C.S. and M.R.C.P. degrees (they are higher medical degrees) simultaneously. National Doctors’ Day is celebrated in his memory every year on July 1 in India. He was awarded India’s highest civilian honour Bharat Ratna in February 1961. He was also the member of the Brahmo Samaj founded by social reformist Raja Ram Mohun Roy.