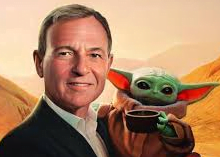 He has served as the CEO of the US-based multi-national mass-media company from 2005. Under his leadership, the company successfully purchased Star Wars, Marvel and Fox’s entertainment businesses. Bob Chapek is to replace Iger as the next CEO. Iger will be the executive chairman till 31 December 2021.