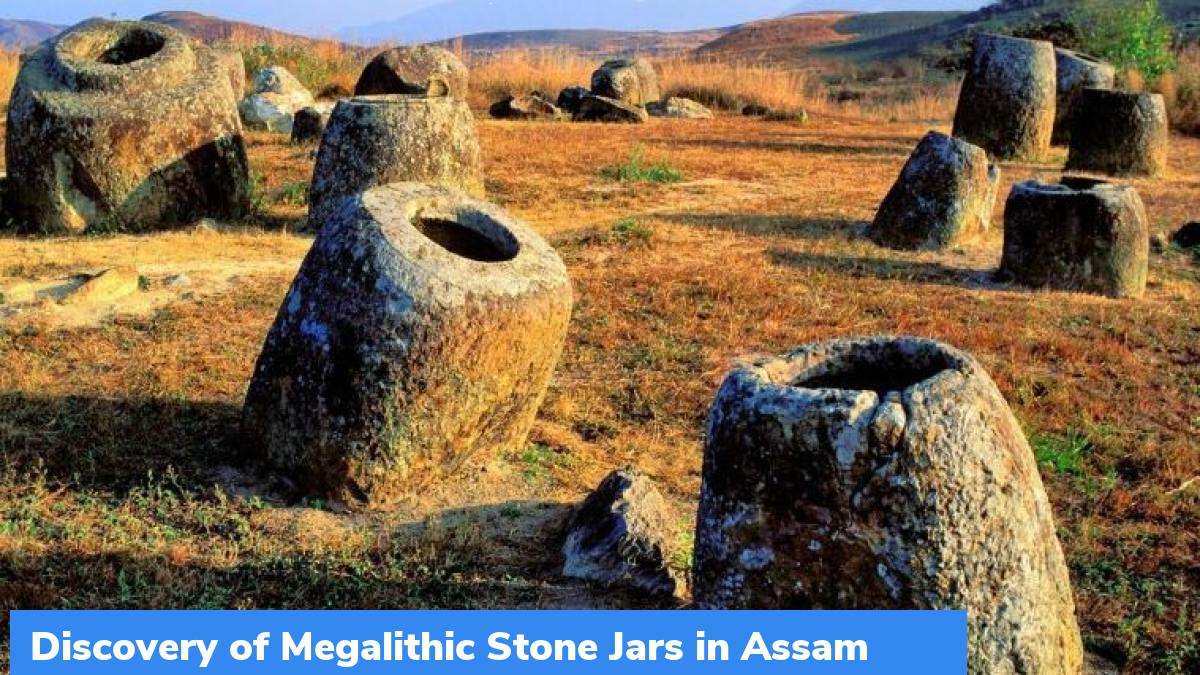 In the Dima Hasao district of Assam, a number of megalithic stone jars have been discovered. This discovery has highlighted the possible links, that date back to the second millennium BC, between Southeast Asia and the Northeast region of India.

About the discovery of the megalithic jars

The jars that were discovered in Assam were first sighted in the year 1929 by John Henry Hutton and James Philip Mills, British civil servants. The presence of the jars was recorded by them to have been found in six different sites in Kobak, Dima Hasao: Derebore (now Hojai Dobongling), Molongpa (now Melangpeuram), Kartong, Bolasan (now Nuchubunglo), and Ndunglo. In 2016 and 2020 more such sites have been discovered.