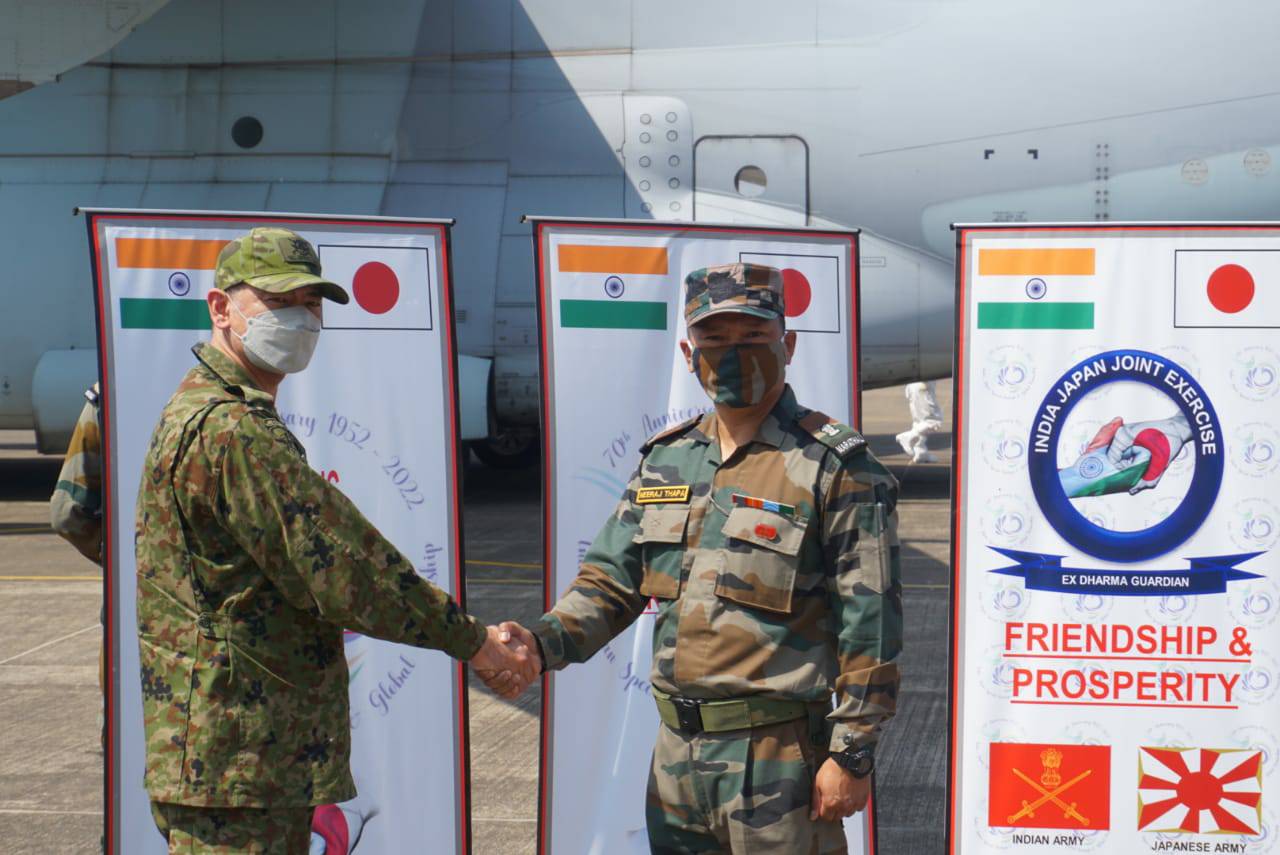 At Maratha Light Infantry Regimental Centre in Belagavi, Karnataka, the army contingents of India and Japan together carried out mock drills during the joint military exercise ‘Dharma Guardian 2022’.

What does this exercise include?

Other Joint Exercises with Japan

This is a bilateral exercise conducted between the Japanese Air Self Defence Force (JASDF) and the Indian Air Force.

It is a bilateral maritime exercise held between Japan and India.